President TK: Ebooks, elections, and the drive for currency in the digital environment

We live in an Internet era. Information is cheap, fast, and easy, available almost as soon as our brains can tell our fingers to Google it.

But the ready availability that makes getting information so wonderfully simple creates a conundrum for those who publish, broadcast, blog, tweet, or otherwise send information into the world: There’s a demand for knowledge as soon as it’s created—sometimes before, as the infamous “Dewey Defeats Truman” headline testified. And I’m sure we all remember the Miami Herald‘s jump to conclusion in 2000 (lucky for them, they were right).

To the world of print and televised news reporting, the deadlines for headlines are nothing new. But now that digital platforms are paving the way for instantaneous publishing, there’s more pressure for other media—which had once moved at the snail’s pace of editing, typesetting, printing, and binding—to keep pace with the sprint of the news. And nothing drives our thirst for information more, faster, now quite like politics.

Now, newspapers, magazines, the TV news, and even book publishers are all holding a collective breath, ready to swing into action the moment a candidate garners those 270 electoral college votes. (Never mind that the states’ official reporting of votes doesn’t technically close for weeks after November 2.) The capacity for instantaneous publication that digital brings puts pressure on the content creators—authors, editors, agents—to have a product ready to go yesterday. 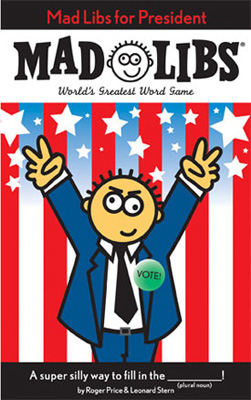 The need to be agile and ready to respond to current events is nothing new to journalists, bloggers, and even some members of the publishing industry. Publicists, in particular, have always had to be nimble, monitoring current events and ready to swoop in at any likely opportunity (“You need an expert opinion on your news segment? Have we got an expert for you!” See also Sebastian Junger, author of The Perfect Storm, offering expert commentary on CNN in the midst of Superstorm Sandy). Publicists are no stranger to having plans A through C ready to roll out at a moment’s notice, ready to spin existing content to fit any situation.

Editorial, not so much. You want current content and you want it now? Come talk to us after we’ve had time to brainstorm and go through three rounds of copyediting.

Unfortunately for us, there’s a perception that digital equals instant. So now even the content-producing side of publishing is feeling the fire under the writers’ and editors’ caffeine-addicted behinds. Writers and editors, who used to have the luxury of the production cycle at their disposal (remember, it usually takes nine months after a book is accepted for it to be printed), have to be ready for Wednesday morning, come what may. Much like journalists, we have to be ready to offer up a quality new product almost immediately after we get the news.

Of course, there are good and bad ways to prepare for election reporting. The really bad way would be to create something that resembles presidential Mad Libs, ready to fill in the blanks after the polls close and the numbers come in on Tuesday (“Yesterday, the United [plural noun] of America elected [boy in room] to serve as president after promising the [adjective] people a [noun] in every [noun]”).

Another way would be to have multiple products ready to roll out, but that’s a lot of work to prepare only to scrap half (or more) of it.

At my job in digital textbook land, the political science team is planning on rolling out a product to coincide with election results. First thing Wednesday morning, the two writers and the editors will be sequestered in a huddle room, condensing a cycle that usually takes months (planning, writing, copyediting, publishing to live content server) into a manner of two calendar weeks—fingers crossed the country won’t be headed for a vote recount. The team did the most it could to get its ducks in a row, preparing a map of traditionally red and blue states, filling in the polling information from 2008, and leaving the swing states TK. But as for the rest of the content, that’ll be planned, produced, and published after the fact. In this digital environment, the company has to trust a book-style editorial staff to turn on a dime like seasoned newspaper editors.

After the election, then, the idea machine (that is, writers and agents) kicks into high gear. A seasoned literary agent knows that, after the election, the losing party’s ideology will do better in bookstores than the winning side’s. The winners are satiated with victory and will be spending all their money on celebratory beers. Whereas those who voted for the defeated party will be fired up, buying conciliatory beers, and wanting to talk and read about their products. Agents also anticipate a rush to seal memoir deals with departing members of Congress. The lure of fast digital publishing might even speed up this side of things, too, as writers and agents always want to strike when the iron (and interest) are hot, before the losing party resigns itself to four more years and resumes its usual reading habits.

The amazing thing about digital books is that they are paving the way for our texts to behave more like web pages, more like living content that’s constantly able to be updated and, perhaps more importantly, corrected. But this also represents a danger of errors and bugs being introduced, and impacts our ability to publish a truly quality, thought-provoking product. As we move forward into the digital era, we writers and editors must learn to balance the demand for currency with our insistence on quality—and channel journalists and Mad Libs authors, sometimes, too.

Please make editors’ jobs even harder to do. Vote today.

This entry was posted on November 6, 2012 by Claire Ivett in Culture, News and tagged agility in publishing, currency of content, ebooks, election reporting, news reporting.