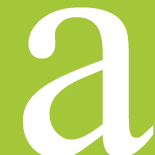 War and Peace gets “NOOKd”: How platforms can affect content (even inadvertently!)

I had to laugh when I read about a publisher’s error that resulted in some interesting edits in Tolstoy’s classic novel War and Peace. Due to a simple find-and-replace snafu, all instances of the word “kindle”—in this case, obviously, not the Amazon product—were replaced with”Nook.” The comedic blunder was picked up by blogs instantly and phrases like a “vivid glow nookd in her face” spread across the Web, giving many bibliophiles a good chuckle.

Now, to be clear, the find-and-replace error was not some evil plan crafted behind the scenes at Barnes and Noble to squash competitor references. (In fact, retailers cannot make editorial changes to the content at all, so any mistakes in the text are a result of the publisher’s final submission.) When Superior Format Publishing, a publisher of “affordable, well formatted, classic e-books,” updated some of the product details to convert a Kindle file to a Nook file, the intention was to only make the necessary formatting changes and adapt the introduction to the appropriate platform. However, in this particular instance, the find-and-replace procedure ended up getting applied to the entire book.The publisher has now issued an official statement on its website to address the error, chalking it up to a big editorial “oops.”

This happened because all of our titles were originally published on the Amazon Kindle platform first, and the titles formerly had a small paragraph of text describing our works at the beginning of the book. This paragraph had the word Kindle in it several times. […] A Find and Replace was done on the introductory paragraph to replace the word Kindle with Nook (along with some other formatting modifications specific to the Nook editions). On this particular title there was obviously a mistake in which the process was carried out on the entire work, instead of just the intro text.

Though find-and-replace mistakes can just as easily occur in print books, the fact that today’s publishing platforms are still such separate—and competitive—entities gives the error much greater weight (even if those mistakes were innocent). Now, I don’t suspect publishers will go changing competitor references and changing significant details in books based on platform, but it is impressive how easily and seamlessly a potential error can slip through the cracks. It is certainly a lesson to be learned by all, at the very least.

So what became of the revised edition of War and Peace? The file has since been corrected, and “nooking a fire” exists no more. But it sure did make for an interesting story while it lasted.

This entry was posted on June 27, 2012 by Erica Hartnett in News and tagged ebook errors, kindle, nook, War and Peace.